After two years of waiting patiently, the trip has finally arrived! 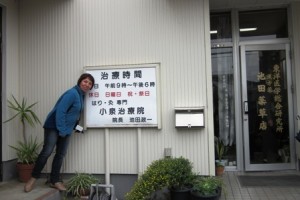 The odyssey began when I arrived into Imabari from a long bus trip. Imabari is a country town famous for manufacturing towels, where the 4 day workshop was held and it is here Sensei Ikeda lived and practiced this art. It was exciting to finally arrive at Sensei Ikeda’s clinic, once being greeted by Sensei Ikeda, it was off to do orientation; discovering what lie ahead, thus, the beginning of my ‘internship’. 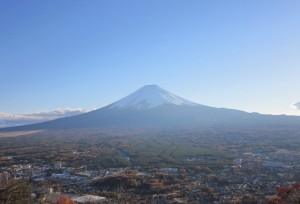 Days one and two of the ‘internship’ were based on Traditional Japanese Medicine theory. The lectures were informative and valuable like precious gems, interspersed with Sensei’s anecdotes which were filled with humour and reflection and just his presence alone was just calming, patient, very kind and generous. The practical component during these two days was to refresh clinical knowledge I had learnt previously and learn some more new tricks! I was even fortunate enough to receive a treatment from the Sensei! 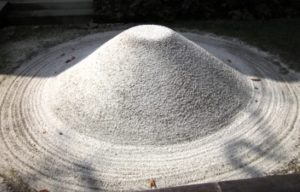 Days three and four were about observation of Sensei’s clinic with his patients and his assistants. This was an eye-opening experience as watching the Sensei doing treatments were like watching his hands performing ballet. It was artistic, deft, and intuitive.

At times during the internship, I had felt overwhelmed with the information given to the point of overload. I also felt frustrated that I was not able to attain everything and try to be like a sponge to soak up. It did inspire me however, to be more determined and persevere with this beautiful art. Despite the ups and downs, I truly believe some day, I can aspire to be as good as Sensei (put first I’m aiming to be as awesome as Houng!) Upon reflection, I have been given this marvellous opportunity to be his ‘student’, being guided, and ultimately to learn from a living source. What a privilege!

What was the highlight of my Japan odyssey? Meeting Sensei Ikeda himself and to be quite frank, being initially very awestruck like a child meeting their hero.

I’ll always remember this trip with fondness… and remember dreams can come true… if you just believe!!