This spring I travelled to the island of Shikoku to undertake an old buddhist pilgrimage initiated by the monk Kukai in the 8th century. The pilgrimage is walked in a clockwise direction, paying respect to the 88 temples scattered around the circumference of the island.

Kukai, the most renowned Japanese monk, was a priest, poet, scholar, educator, administrator, advisor to the emperor and master calligrapher. He traveled to China in his early years to study Buddhism and upon his return to Japan, founded the Japanese sect of esoteric Shingon Buddhism. Thousands of Pilgrims partake on the pilgrimage each year, mostly on tour buses, and some visiting only a section at a time, aiming to complete all 88 in their lifetime. Traditionally pilgrims would walk the whole 1,400 km, taking between 40 and 50 days to complete the pilgrimage.

Being a leap year this year, it is customary to walk anticlockwise, starting from temple 88 back to temple 1, but I decided to go the traditional way and start from temple 1 on a bicycle. The area through which I travelling was very rural, and I would sometimes ride for hours through rice paddies and quiet villages before seeing a convenience store or any other sign of modernity. It was peaceful, and reminded me of the place near Mt Fuji where I was born. 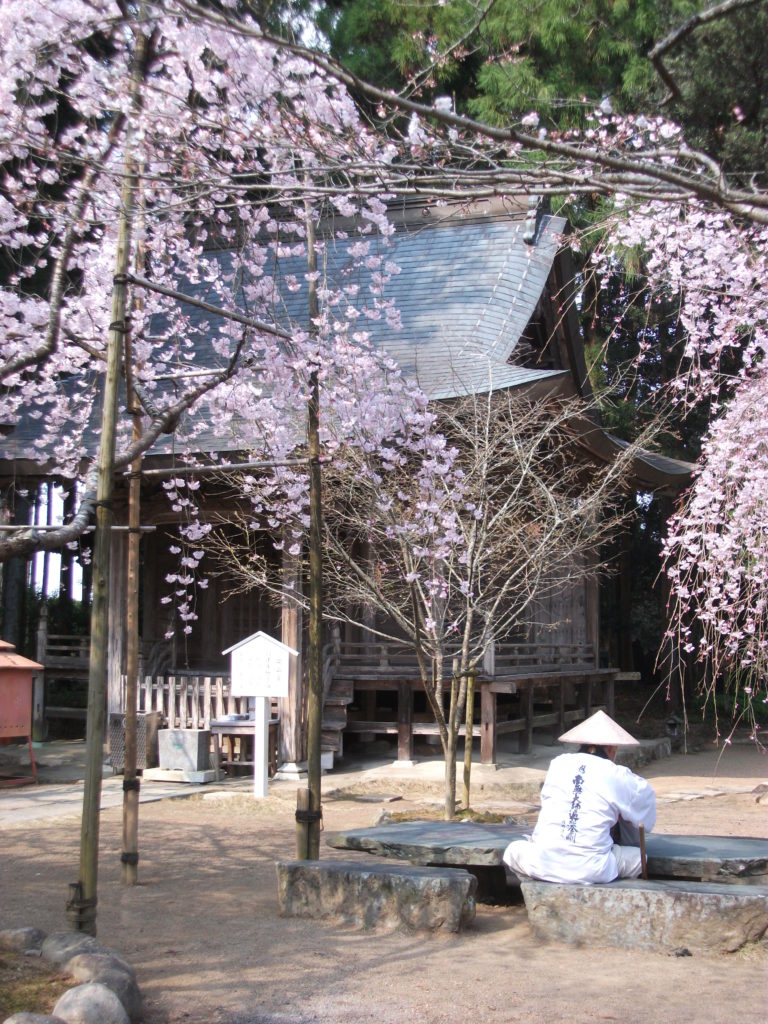 Undertaking this pilgrimage is said to vanquish all the sins a person has committed in their lifetime so many pilgrims walk for personal or religious reasons. Others walk just for leisure, enjoying the beautiful scenery of the island. Whatever the reason, pilgrims recite the heart sutra at each temple, and pray for their personal growth so they can be of benefit to humankind. Most pilgrims I met were walking with the victims of the recent tsunami in mind.

I met many devoted pilgrims who had undertaken the circuit over a dozen times. One lady I met was a 73 year old pilgrim who was walking alone with a backpack for the 3rd time. She walked first during her husbands ill health, the second time to thank the gods for his recovery and this third time for herself.

The first foreigner I encountered on this pilgrimage, by sheer coincidence, was a girl from Armidale. A country town in New South Wales where I had grown up. She was walking the trail to raise money for her organisation “The Walking Feet” which promotes awareness for mental illness. She was a walking henro, the Japanese name for a pilgrim, and at that time she had a badly infected blister. I was able to help by arranging a trip to the doctor and giving her some acupuncture. She is currently back in Australia walking from Armidale to Melbourne.

A highlight to the pilgrimage for me was a visit to Ikeda-sensei’s clinic. It was an honour to see him and his assistants treat patients. The flow of the treatments and precision of the diagnosis and point selection was beautiful to witness.

Being an inexperienced bike rider, the pilgrimage took around 25 days for me to complete. After temple 88, I rode back to temple 1 to close the circuit. The final destination was Mt Koya, the monastic centre of Buddhism where the monk Kukai is said to be buried. I thanked the gods for my safe and wonderful travel.

The generosity and determination of the people I met made this trip special. Each day, strangers gave me gifts of tea and snacks to help me along the journey. Each encounter provided me with an insight into their strength and their hope for the future of Japan and the world. The astounding beauty of the land, with its deep mountains etched with streams of pure aqua blue water and the silence of the woods made it a very special and memorable experience. 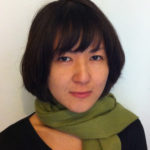